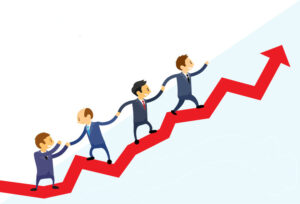 Indeed, teamwork can be helpful in almost every situation. As Helen Keller once said, “Alone we can do so little; together we can do so much.” A good team can truly achieve so much as the workload can divide among the members, increasing efficiency and achieving the goal together.

But at the same time, it is tough to be holding a team with different minds, goals, and issues together. So it is indeed a difficult task. And if that’s the case, the group which was supposed to be helpful and make achieving the target easier can be doing exactly the opposite. And nobody wants that.

So what exactly is needed for a team to succeed? A common goal, a sense of responsibility, and team spirit.

And to be honest, most of the team lacks these qualities. Team members have frequent issues, such as holding the other accountable for one’s failure. Frequent arguments and disagreements can lead to debates that can hinder the achievement of the goal.

And how can an effective team are achieved?

Undoubtedly, most people or team leaders are constantly bothered and keep asking this question. The answer can do it by creating awareness and a sense of responsibility among the team members. In addition, providing the team with a common goal and bridging the communication gap will prove to be helpful.

And these are only possible when the whole team is having frequent discussions about issues and communicating effectively. Sharing the responsibility relatively equally among the members is also very much important.

How exactly can frequent communication within the team help?

Frequent and effective communication within a team will build a common goal and sense of responsibility among teammates that will allow them to achieve their targets much more quickly. It also helps strengthen the relationship between the team members.

Frankly, every team has its problems, and every member has issues.

The more the communication is, the more issues can deal with.

How can organizing a team meeting for 15 minutes every day be useful?

At first, a 15 minutes conversation among the team members doesn’t sound extraordinary or helpful. But believe me, this will be useful, and one can easily see the positive change going on in the team once this practice is taken into action.

Every person in the team would now be aware of their responsibilities and can prioritize accordingly. As a result, issues can be dealt together in a much better and easier way.

It will reduce the communication gap within the team members to a greater extent. And further leading to the increased efficiency of the team as a whole.

Undoubtedly, managing a team where every member is self-centered can be exhausting and bothersome. But this idea of at least a 15 minutes team meeting every day can prove to help make up a great team. Most of the concerning issues within the team can deal with relatively efficiently.