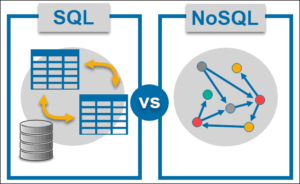 In this article, we will discuss when to use the No SQL database and what are the used cases for the same. SQL isn’t the quickest or most elegant way to communicate with databases, but it’s our best. Why is that?

Structured Query Language is now the industry standard for altering and querying data in relational databases, but some solutions have proprietary extensions. Because of SQL’s simplicity and ubiquity, numerous “NoSQL” or non-relational data stores, such as Hadoop, have adopted parts of SQL or created their SQL-like query languages.

What are the used cases of the NoSQL database?

Choosing between a SQL and a NoSQL database is not always easy. Each has its advantages and disadvantages to deal with. Making the best decision is dependent on your organization’s unique data environment, as well as your present demands and long-term objectives. Many development teams employ both in their cloud data architecture and, in some cases, within the same application, deploying each to cover the areas they excel at.

What are some examples of non-relational use cases? Here are a few examples of where NoSQL is useful:

When to use the NoSQL database?

Please take a look at the common reasons why it is adapted.

The following are the five critical distinctions between SQL and NoSQL:

The following are some of the most significant benefits of NoSQL databases:

1. Data Model Flexibility: In contrast to relational databases, which can only store structured data, NoSQL databases are incredibly flexible since they can store and mix any data, both structured and unstructured.

2. Data Model Changes: NoSQL databases allow you to dynamically adjust the schema to meet changing needs while assuring that your application is not affected.

3. Elastic Scalability: NoSQL databases can scale to support data growth while being cost-effective.

4. Maximum Efficiency: NoSQL databases are designed for high throughput and latency (it is the delay between request and actual response).

5. Open-source software: NoSQL databases are cost-effective to implement because they don’t require hefty license costs and may run on low-cost hardware.

Most NoSQL databases feature scale-out architecture, giving a straightforward method to scale to support large data sets and high traffic volumes. A database delivered via a cluster of computers can also automatically expand and reduce its capacity.

Furthermore, many NoSQL databases may be upgraded, allowing the database schema to be changed without downtime.