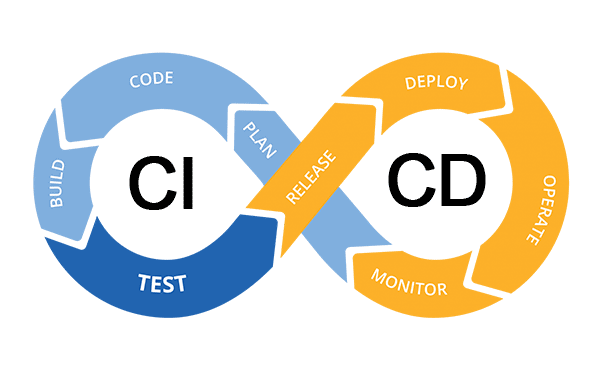 How CICD has solved the business problems? 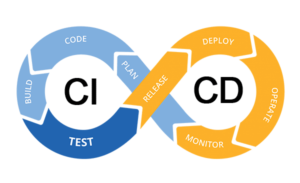 However, when many developers and team members are working on different features creating a pool of challenges such as code conflict, required manual efforts for code testing, risk of application functionality, loss of work, and sometimes frustrated developers and project managers as a result of these challenges.

So, to mitigate these risks, CICD pipelines assist in mitigating these hazards. Development teams may now focus on their primary work of writing code thanks to CICD pipelines. Constant team collaboration is critical for any business and development process to find bugs and generate higher-quality products.

What challenges will your development team face if you do not work with the CICD pipeline?

It is a solution methodology to the challenges when new code is integrated. CICD pipeline agile DevOps workflow continuous monitoring and automation throughout the app lifecycle, from writing code, integration, and testing, deploying changes and delivering releases through delivery and deployment in real-time. Below are some challenges that you will face in your application development:

Do you want to know how CICD has solved the business problems?

CI verifies every check-in using an automated build and prevents errors or regressions by integrating code into a shared repository numerous times a day. Because CI allows for frequent integration, there is much less backtracking to figure out what went wrong. As a result, developers may spend more time designing features and less time waiting to see if the code will work. Suppose they detect bugs early and nip them in the bud. It accelerates the release process by fostering developer engagement and ensuring defects are discovered earlier in the cycle.

So let’s understand what it is CICD?

What do you mean by Continuous Integration?

It is the process of integrating code updates from multiple locations into a single software project. Developers who follow DevOps best practices merge code changes into a common repository, where builds and tests are conducted.

Here is an example of continuous integration

Suppose the developer has made some changes to fix the products. In that scenario, they will push the code into the repository. Still, before pushing for the Continuous Integration, the code will first build and run some automated testing that we usually call integration testing on those changes made in the application.

The final stage of the CD pipeline is Continuous Delivery, also known as Continuous Deployment, which refers to the automatic delivery of any developer’s changes from the repository to production. End-users receive any update that makes it through the final stages of production on a CD.

Here is an example of Continuous Deployment

Continuous Deployment in DevOps incorporates a limited amount of manual testing, such as ‘User Acceptance Testing.’ The end-user will conduct the testing, including some manual approval gates. It automates the deployment of new code, which speeds up the process. Continuous deployment when a developer uploads changes to an application to a code repository or container registry, the program on a mobile phone is automatically updated.

Continuous delivery is solely concerned with the release strategy, whereas Continuous Deployment primarily involves the deployment itself.

Impact of CICD on your business

When developers use it correctly, CI then integrated deployment will be faster, and on the software development, the impact will be positive. Below are some significant impacts of CICD on your business:

Integrating code and fixing bugs in the application development process becomes incredibly difficult, but using CI effectively makes the process of integrating code easier and repeatable and reduces build costs. In exchange for CI, your business will gain a competitive edge in software development.